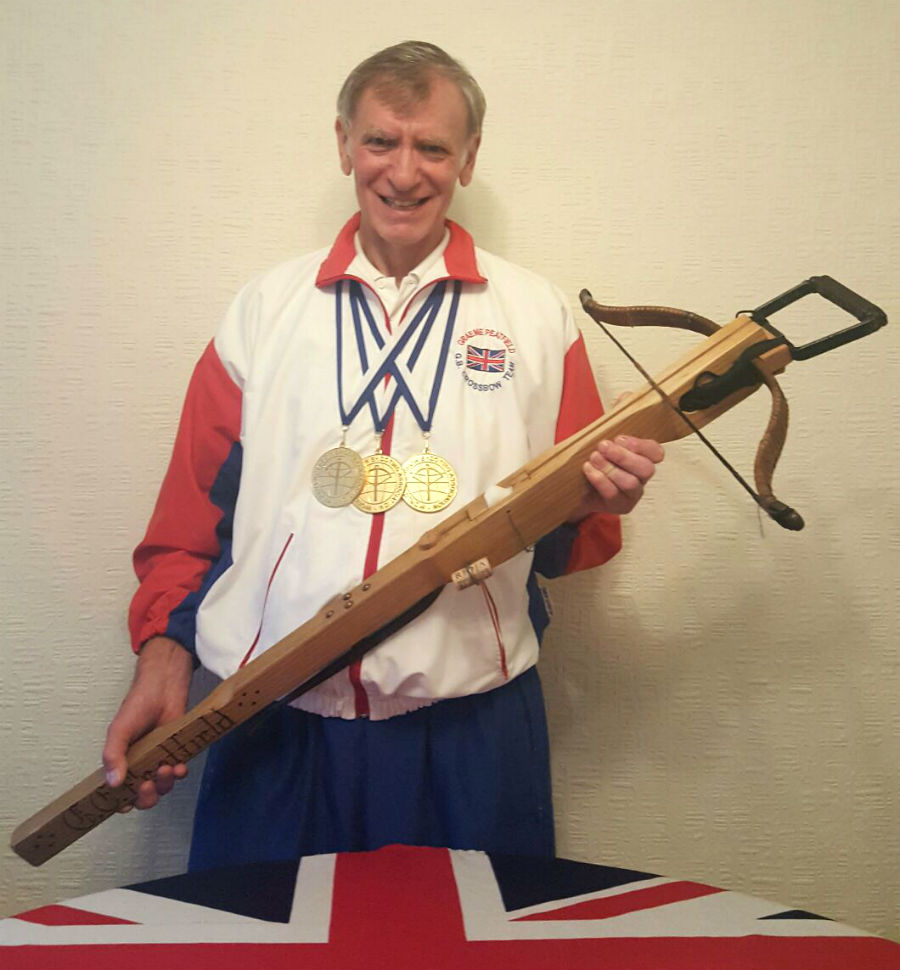 Graeme trained a minimum of seven hours every day since the 1st January with technical shooting, psychological, physical and equipment tuning for accuracy. His crossbow, bolts and strings are homemade and of 13th Century design to comply with the rules, and with no sights or technological advantages the aiming is purely on instinctive judgement.

They are now preparing for domestic Championships and have also invitations to Sweden, Estonia and Portugal to shoot as guests in their National Championships.