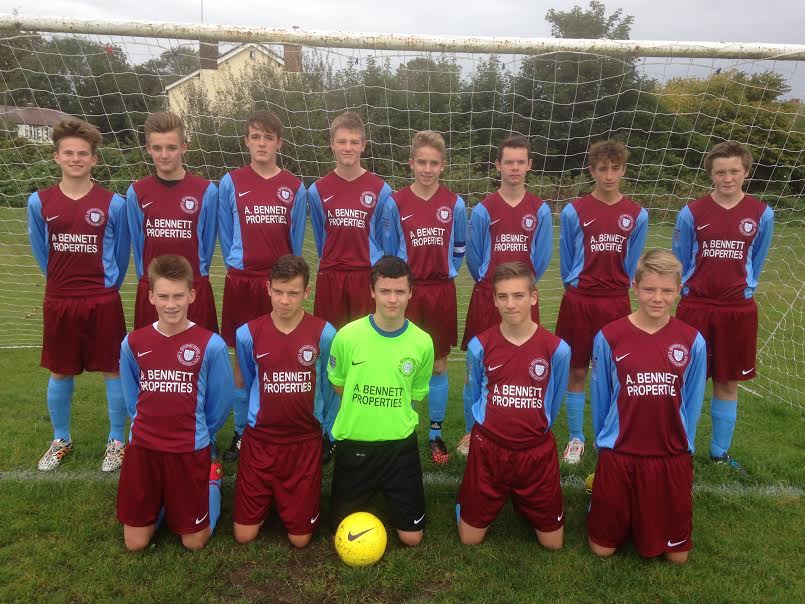 On Sunday 7th December 2014, over 50 players, ranging from ages 9 to 14 years, from Richmond Rovers Junior Football Club, descended upon Sainsbury’s in Hazel Grove, for the club’s Annual bag pack.  The day was split into shifts with all children completing at least one hour of bag packing, helping the local residents of Hazel Grove to pack their shopping.  The event was a huge success raising a massive £701.21, for much needed club funds.  The Club sincerely says a HUGE thank you to Sainsbury’s for accommodating them and to their shoppers for their generosity, a BIG thank you to all the players for giving their time and to parents, managers and coaches who got the players to Sainsbury’s for the event.

The season has got off to a stuttering start because of the weather and some teams have quite a back log of fixtures. All of the teams have settled well with some very good games being played and in a strong sporting spirit with universal enjoyment!! The Cup competitions have started and the club have representation from U9s, U10s, U11s, U15s and U16s in round 2. In some cases a hard won victory was against opposition from higher divisions.

The photograph shows the U15s team celebrating new Nike home kits supplied by sponsors ‘A. Bennett Properties Industrial, Commercial & Domestic Property To Let Macclesfield, Cheshire’. The U15s were promoted to Division 2 at the start of season. The players have risen to the challenge and are currently 4th in the league with 2 games in hand.

Richmond Rovers have an U13s girl’s football team. This is their first season and any girls in Y7, Y8 and Y9 who would like to play football with Richmond please get in touch. The Sunday Indoor Preschool Soccer School –Footy Fun -which is open to all children, ages 3 and 4 is going strong. Saturday morning Soccer Schools at Vernon and Norbury is for school children from Reception class up to and including Y3. Anyone who is interested in any of these sessions, or playing football at any age, including Adult and Vets,  should contact Jo Sewart on 01625 263171 or email jo.sewart@richmondroversjfc.co.uk