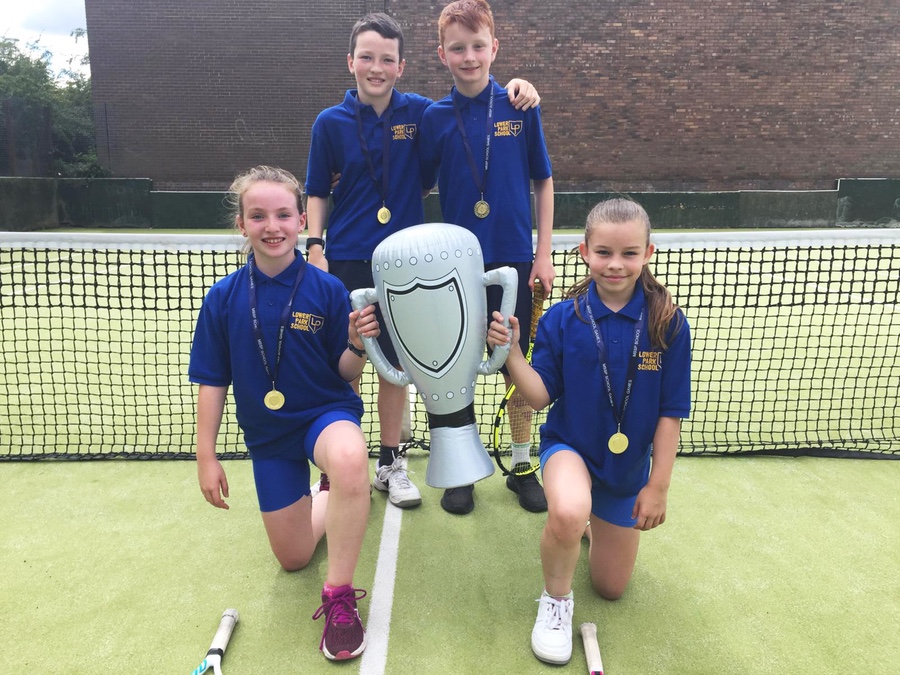 After several knock-out rounds in the Poynton, Disley and Adlington district tennis tournaments, four Lower Park children took part in the final of the South Stockport Schools competition. Playing magnificently, the Lower Park team of Molly, Hollie, Jack and Cian triumphed against all the opposition to take the winning trophy and a gold medal each.

The teams that they beat in the final were Prestbury, Ashdene, Disley, Worth, Nether Alderey and Gawsworth.

Their teacher Mrs Gallagher,  who accompanied the teams throughout the rounds, complemented all the children who represented the school, remarking upon how well the pupils encouraged and supported each other,  and commended them for their strong sense of fair play, sportsmanship and teamwork. This is a wonderful achievement for the school. Special mention should also go  to all the Lower Park children who took part in the earlier rounds of the competition.