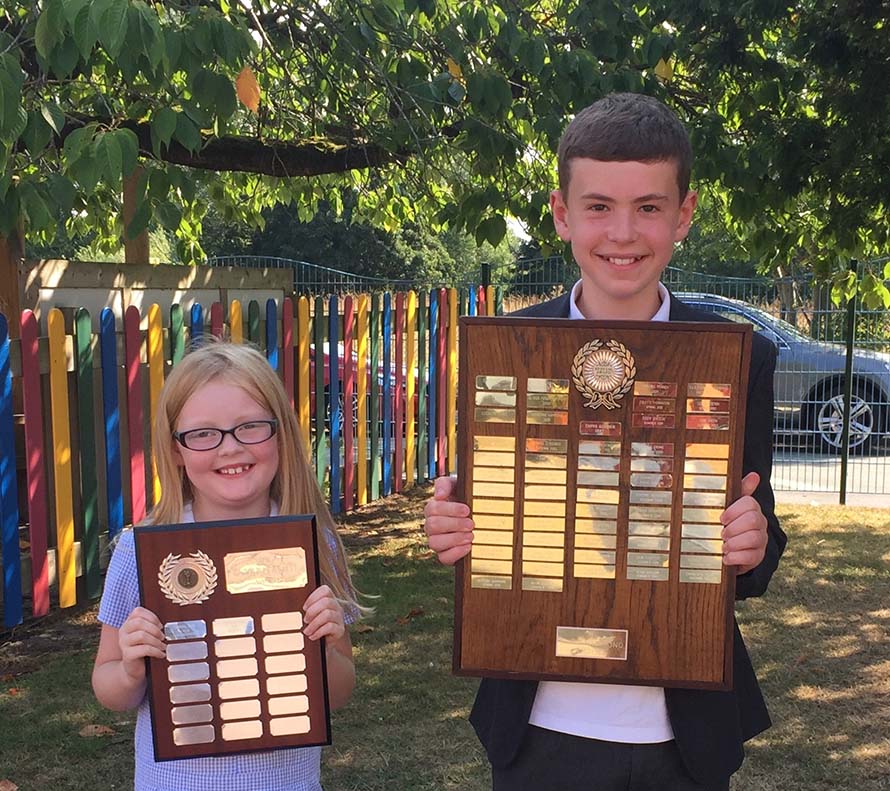 Two of the proudest pupils at Lower Park School must be Lily in Year 2 and Roan from Year 6 after scooping two of the most prized trophies on offer.

Lily received the Caroline Corlett award and Roan received the Chris Hammond trophy in recognition of their outstanding attitude, manners and commitment to schoolwork.

Both awards are presented on a termly basis in memory of Caroline, a former secretary and Chris a former pupil of the school.