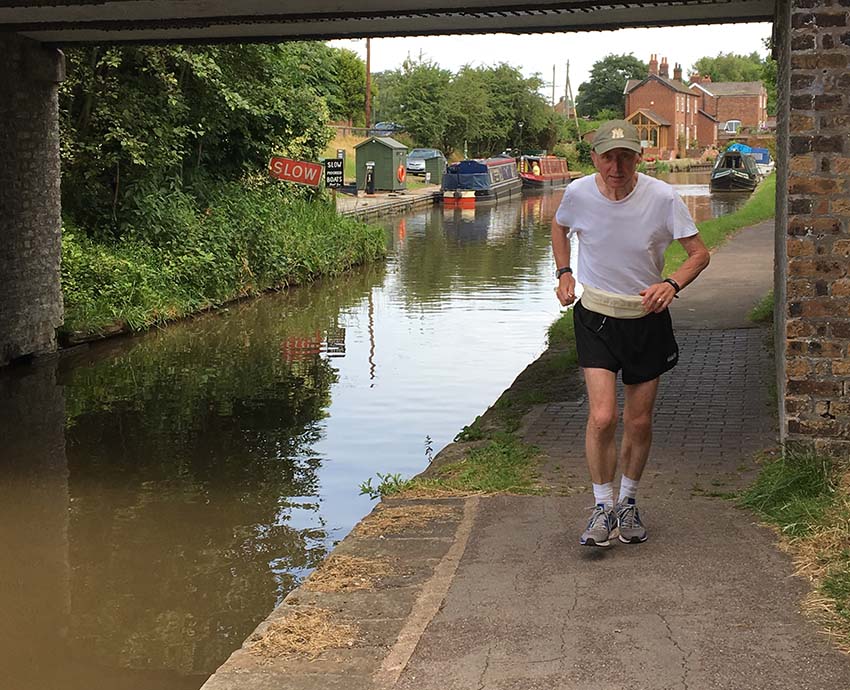 While most people were fast asleep. as dawn broke on the 23rd June, David Whaite of Coppice Road Poynton, began his navigation of the Cheshire Canal Ring – along the towpaths! His run began at 3.00am to maximise the hours of daylight and he was endeavouring to complete the 100 miles within 24 hours. David,who will be 70 soon, was attempting to raise enough money to build 3 classrooms for a school in Uganda. The school is run by International Needs, a charity committed to improving the lives of children and their families in some of the poorest parts of the world.

The run was finally completed in 23 hours and 29 minutes, achieving his target of under 24 hours.

David was helped along the way by friends who either cycled, ran or walked (mainly in the dark towards the end) and also kept him fed and watered. He arrived back at the Boar’s Head in Poynton at 2.29 am, having completed nearly four weary marathons in under 24 hours without any injuries or blisters.

Much more importantly, he has so far raised nearly £12,000  for the building work, which is well on the way to his target of £30,000, which will enable the classrooms to be built.

Now that the run is completed donations are still very welcome and can be made at: https://uk.virginmoneygiving.com/davidwhaite

Many thanks to everyone who has already contributed.