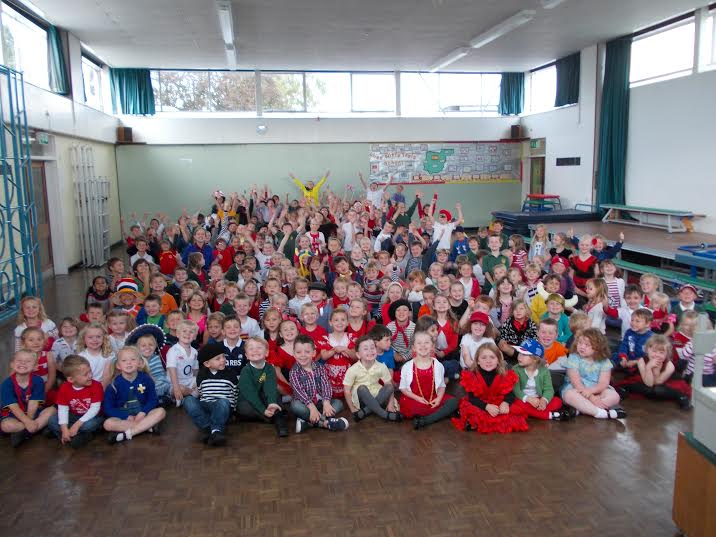 On Friday 26th September, the whole of Worth Primary School took part in the European Day of Languages event.  This involved the children dressing up in traditional costume or in the colours of a European flag and doing a wide variety of language-related activities throughout the school.  There was plenty of singing, dancing and quizzes.  The children also designed posters with messages such as, “Hello!” in different languages.  Some of the children even learnt the sounds animals make in different countries. Mrs Devlin, who organised the event  said,  “A fun and productive day was had by all!”.  We were also delighted to hear that James Townley, in year 6, was announced the winner of Poynton High School’s European Day of Languages poster competition.