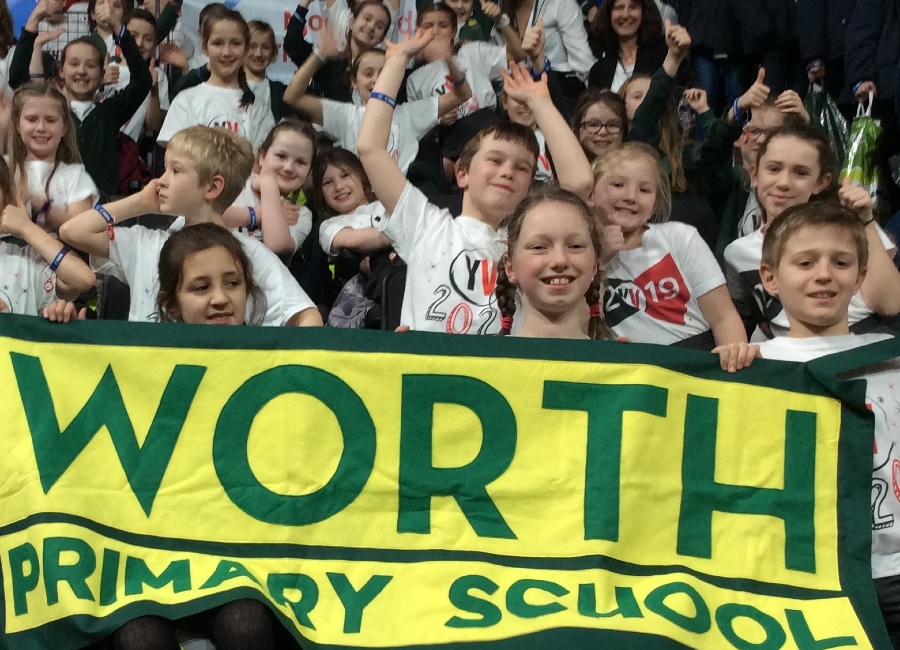 Worth Primary School’s Choir Club attended the fantastic Young Voices event at the Manchester Arena last half term. Rehearsals began in September and involved learning dance moves and a wide variety of songs including American show songs from ‘Oklahoma’ to more classic numbers such as ‘Ode to Joy’ and the ever popular ‘Pop Medley’. These were all to be performed in front of an audience of excited family and friends.

This year, there were more children than ever – over 8,000 beautiful singing voices! As you can imagine, the sound that was made when everyone was singing was absolutely incredible. As usual, there were some well-known faces singing along with them too; Tony
Hadley (Spandau Ballet), Ruti (winner from ‘The Voice’ TV show) and also The Shires. The atmosphere in the arena was really amazing and something very special to be involved in. The children and staff involved will carry these memories with them for a very long time. Thank you to all who made it happen.