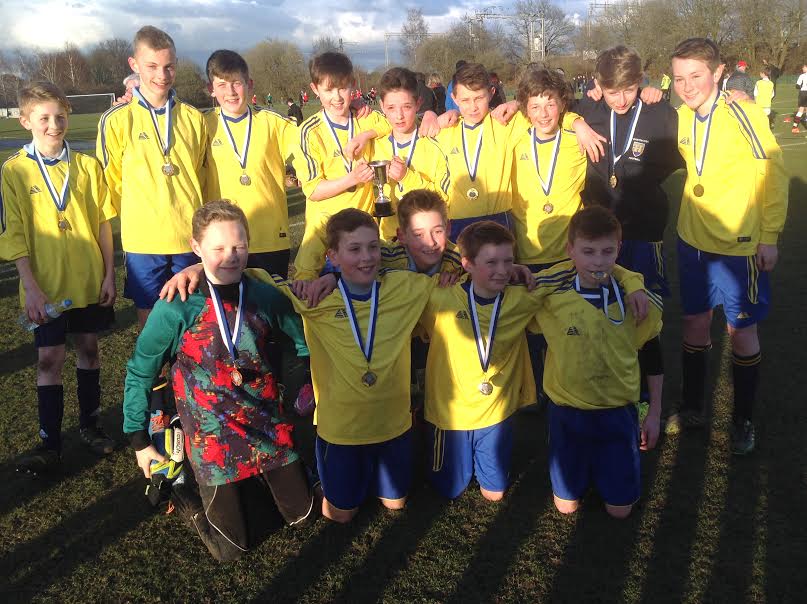 Poynton were victorious in the Macclesfield and District Cup final for the second year running as they staged a dramatic comeback to beat Wilmslow 4-3, despite being 3-1 down. Jamie Wrench put Poynton 1-0 up after he finished well from Joel Perry’s cross. Wilmslow then got back into the game thanks to a few errors from Poynton and led 2-1 at half-time. Wilmslow further extended their lead in the second half as they went 3-1 ahead. Alex Panter then pulled a goal back for Poynton to make it 3-2.

Matt Knott then delivered an excellent cross with the outside of his foot and James Bearn, up from defence, managed to prod home to equalise with 10 minutes left. With only about 10 minutes left, Josh Anderson was fouled just outside the Wilmslow box. Matt Knott stepped up to take the free kick and curled a fantastic shot over the goalkeeper and into the net. Poynton held on in spite of some late Wilmslow pressure to see the game out. Man of the match was Connor Keyes who was excellent in midfield; both helping Poynton defend and start attacks.