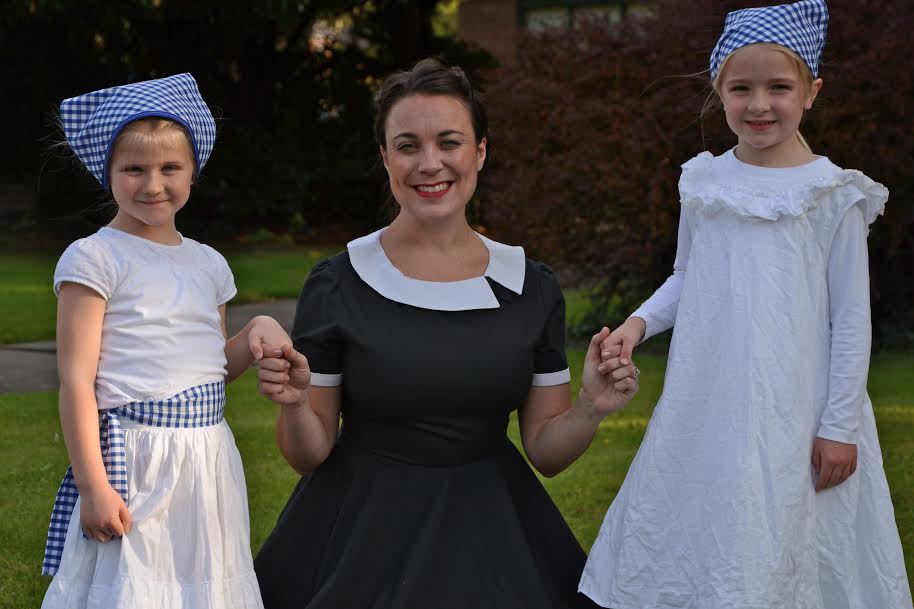 A local musical theatre group are putting the final touches to its latest production, which opens at Wilmslow Leisure Centre in November.

Alderley & Wilmslow Musical Theatre Company are bringing THE SOUND OF MUSIC to the stage, with local teacher Kimberley Edge cast as Maria, the young nun sent to act as governess to seven children. Another local teacher, Richard Ross, takes on the role of Captain Von Trapp, following his success as the lead in last year’s production of Singin’ in the Rain.

There was a huge amount of competition from local youngsters who wanted to play the parts of the Von Trapp children and after a selection process which started back in April there are a total of twelve Von Trapp children aged from just six years old who will take it in turns to perform in two teams.

The society have welcomed a large influx of new members to the ranks of nuns – who lift the roof of St Chads church at their weekly rehearsals.

THE SOUND OF MUSIC runs from Monday 3rd to Saturday 8th November and tickets are priced £10-£12. Performances at 7.30pm each night with a matinee at 2.30pm on Saturday.

Audience members are encouraged to come along in fancy dress for the Wednesday night and Saturday matinee performances, with prizes to be awarded for the best costume.