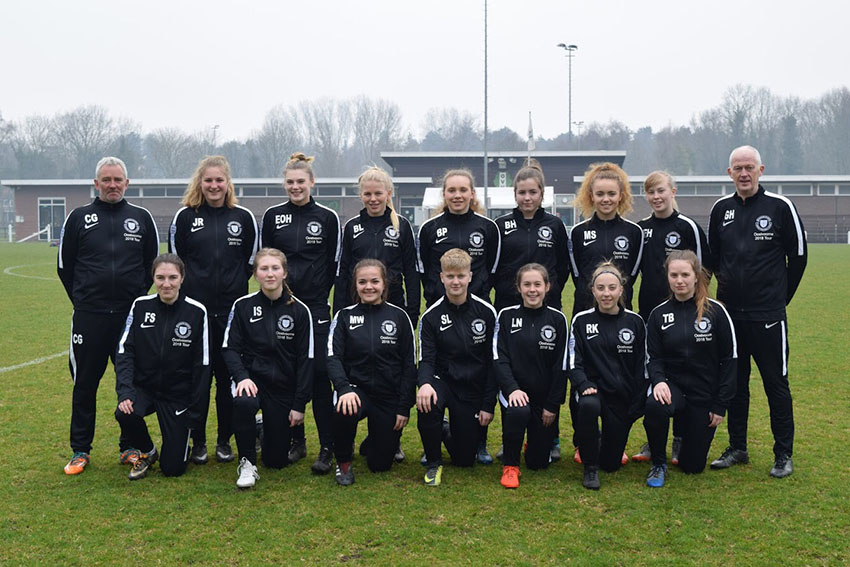 In the first 2 weekends of April Richmond Rovers Junior football club sent 2 touring parties to OVV Oostvoorne, a club just outside Rotterdam, in the Netherlands.

First up was the u17 girls, who finished runners up in an u19 tournament on Saturday 31st March, and finished the tour with a record of played 4 won 3 lost 1. This was the first time the club had sent one of their girls teams across to Oostvoorne.

On the weekend of the 6-9th April, it was the turn of the u12s. This year was the tenth anniversary of Richmond’s partnership with OVV Oostvoorne, and with 30 players travelling, it was the largest touring party yet. To commemorate the anniversary OVV presented the teams with a plaque with both club’s crests on.

Again the teams played some fine football and finished runners up and 3rd in the tournament they played, with a record of played 9 won 4 drew 3 and lost 2.

Plans are already in place for next year’s trip and Richmond Rovers will also host OVV Oostvoorne’s u14/15 team when they visit Poynton on the weekend of 7th July.