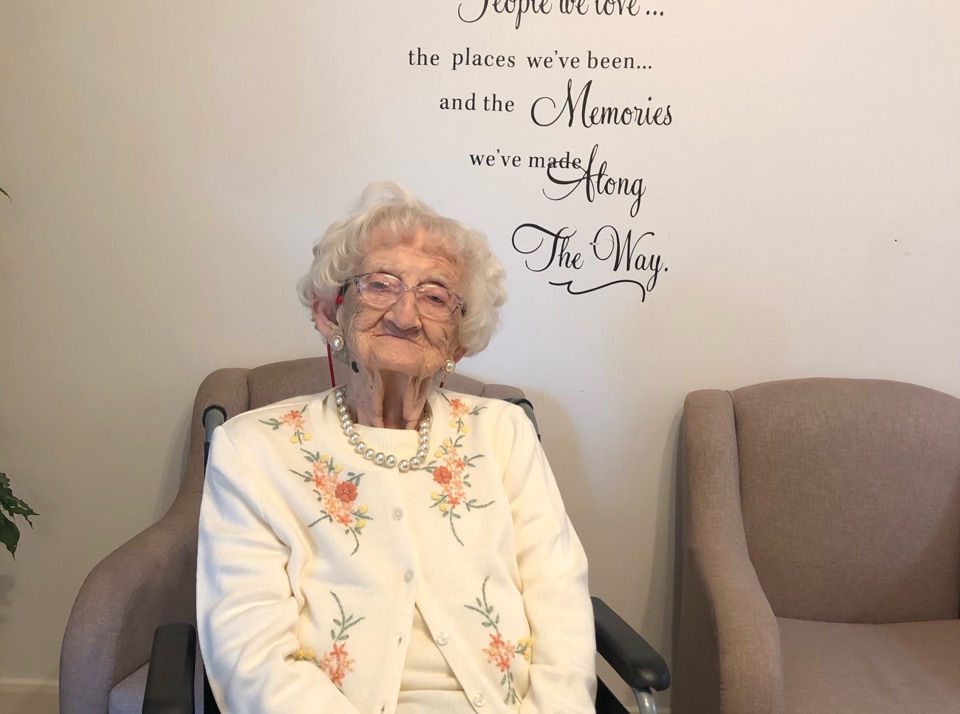 Ada Williams, a resident of Clumber House Nursing Home in Poynton, will be celebrating her 100th birthday on Thursday 3rd October.

Ada the third child of nine, born to Walter and Ada Evans after his return from service in World War 1.

Ada grew up in Bradford, Manchester and was a classmate of Victoria Wood’s mother, Nellie Mape.  Ada left school at the age of 14 and became a machinist, eventually working for E. Raffles & Company until she retired.

Ada married David Williams in 1940 just before he was posted to Burma in World War 2. They had two children David and Julie. Her family now includes six grandchildren and seven great grandchildren.On Sunday 6th October Ada and many family members will be celebrating her centenary with a big party.