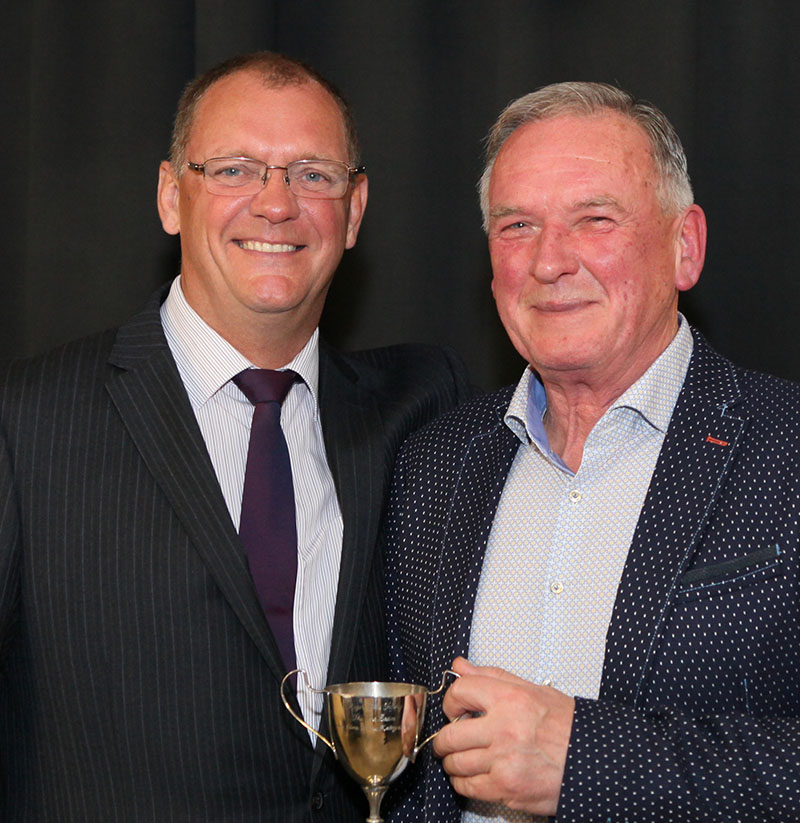 At the 2017 Cricket Presentation Ceremony the following awards were made.

This is a new Trophy replacing the now full John Codling Plaque. Mrs Doris Codling elected to pass this award on to the new sponsor.

Chairman Peter Heath hosted the evening and thanked all members including Shaun Vincent bar manager and announced the winner of the Roger Ellis Trophy – Contribution to Section – Non Committee this year going to a very surprised and delighted Tad Mazurek who was guest of honour together with his wife Chris.

Tad has been the main sponsor for the last 10 years and the club are extremely grateful for the TOTAL CAR support – said Tad “I only wish when I was young I had had the opportunity of coaching and training that this club offers to cricketers, it’s impressive.”

The 2018 season looks promising and nets will commence early in the new year.