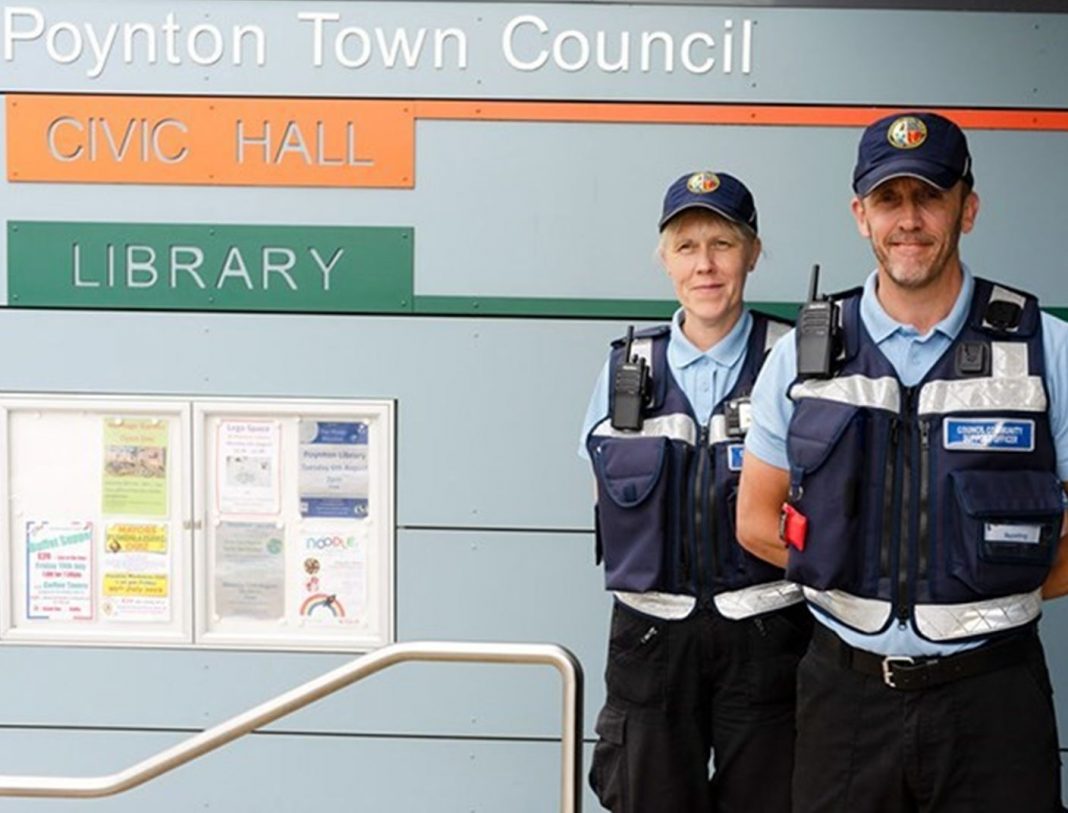 Now that retail outlets are beginning to re-open in Poynton it is anticipated that traffic will increase and the CCST will be on patrol monitoring parking. Please be mindful of where you are parking and use car parks that are available.

The Council Community Support Team has received a call regarding an increase in dog fouling in and around Brecon Park. Some dog walkers have also left dog faeces in bags on footpaths and in bushes. The park has numerous dog waste bins and we would like to appeal to the offending owners to use them.

Dog fouling is an offence and owners can receive on the spot fines of £80 rising to £1000 at Magistrates Court.

The Council Community Support Team have received a report and photographic evidence, taken at 10am on Saturday (20th June), of an amount of unsightly rubbish left on Vernon fields, behind Poynton Industrial Estate. The CCST are appealing to local people to refrain from leaving litter on green spaces and be considerate of residents, local environment and wildlife. They will be patrolling these areas over the coming weeks.

The CCS Team don’t have the power to issue fixed penalties for littering. They can though, if they witness littering, video the culprit and if an offence has been committed pass their name on to Cheshire East to follow up the incident.

People who drop litter can face a fixed penalty charge of £80 as an alternative to prosecution. If the offender is prosecuted and convicted in court the fine could rise to £2,500.

Due to the increase in calls relating to Antisocial Behaviour (ASB) in the Poynton area the Council Community Support Team are working closely with the ASB Unit at Cheshire Police. There will be increased patrols around the ‘hot spot’ areas including local parks and beauty spots.

Antisocial behaviour including under-age drinking and littering will not be tolerated. The CCST now have the power to seize alcohol from persons under-18 and will very shortly be undertaking evening patrols. All seizure of alcohol will be reported to the Police.