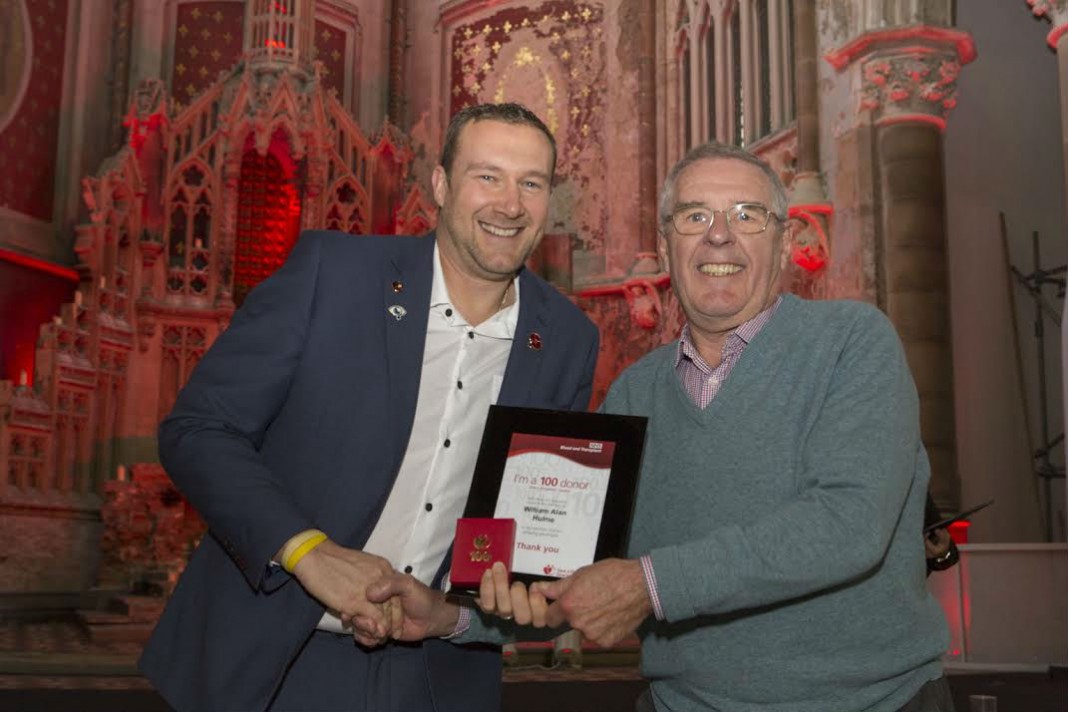 Well-known retired local plumber, Alan Hulme was recognised by NHS Blood and Transplant for his loyalty and commitment at a ceremony held at Gorton Monastery on 11 November 2016 where he received an award and certificate for reaching his 100th blood donation milestone.

Alan, who will be 80 next September, was born on Park Lane in Poynton and has lived in the village all his life.  He began donating blood in 1958 when he was just 21 years old and has regularly attended the local donation service ever since.

The lifesaving efforts of 37 blood donors from the North West region, who had collectively made an amazing 4,000 donations, were also honoured with commemorative medals at the ceremony.

Alan knows only too well how critical blood can be in saving a life as his wife Sheila was taken poorly after the birth of their first daughter and required a blood transfusion to save her life.

Alan hopes that his achievement will encourage others to donate to this worthy life-saving cause.

Amanda Eccles, Senior Marketing Coordinator at NHS Blood and Transplant, said: “These dedicated blood donors are very special to us, which is why this ceremony gives us the opportunity to say thank you. Alan’s story reminds us how important their donations have been. Between them, they have saved thousands of lives, and improved the lives of countless others who have required blood transfusions. These donors are an inspiration to us all.”

In general, as long as you are fit and healthy, weigh over 7 stone 12 lbs (50kg) and are aged between 17 and 66 (up to 70 if you have given blood before) you should be able to give blood. If you are over 70, you need to have given blood in the last two years to continue donating.