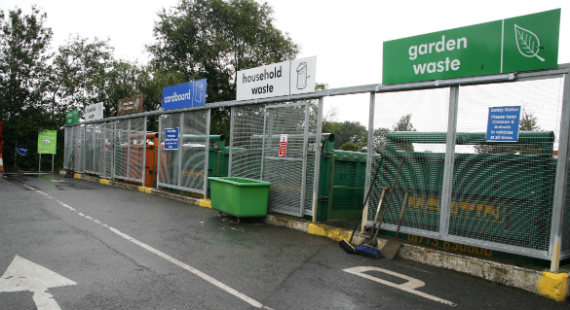 Poynton Conservatives are concerned that Cheshire East’s Cabinet – made up of Labour and Independent councillors – met in November to debate a report they commissioned from a firm of management consultants about the district’s Household Waste and Recycling sites. Cheshire East currently has eight such sites, including Poynton’s on Anson Road. The sites were last reviewed in 2016 – less than five years ago.

Cheshire East asked their consultants to consider four options for the future of the Household Waste sites. Each option includes sites being closed – however, all four options include closing the Poynton site. Whichever option people choose, the Poynton site will be closed.

The Cabinet’s Labour and Independent councillors ignored concerns from Poynton councillors and voted to consult with the public on the four options, all of which would close the Poynton site.

Poynton Conservatives believe this is an abuse of democracy – how can a consultation be fair when every option includes closing the Poynton Household Waste site? It is like an election in a dictatorship such as North Korea, where you can only vote for the communist candidate.

It is not the case that the Poynton site is underused – Cheshire East’s figures for average users per day show that Poynton is fifth out of eight sites, and is better used than those at Congleton, Bollington and Middlewich. The Poynton site is also used by residents fromDisley, Lyme Handley and Adlington.

There will be many bad effects from closing the Poynton site:

• Less Recycling – people will throw items that cannot be recycled in the silver bins, such as batteries, light bulbs and electrical goods, into the black bins that go to landfill.

• Inappropriate items like rubble will be put in the black bins

Poynton’s Conservative Councillors, on both Cheshire East and the Town Council, are determined to fight the Labour and Independents’ attempt to close Poynton’s Household Waste site and their so called “consultation”. We will keep people updated on progress, including when the “consultation” starts.

Poynton councillors favour a “no change” solution where none of the sites are shut. We note that neighbouring Cheshire West has seven household waste sites, despite having a smaller population and area than Cheshire East.