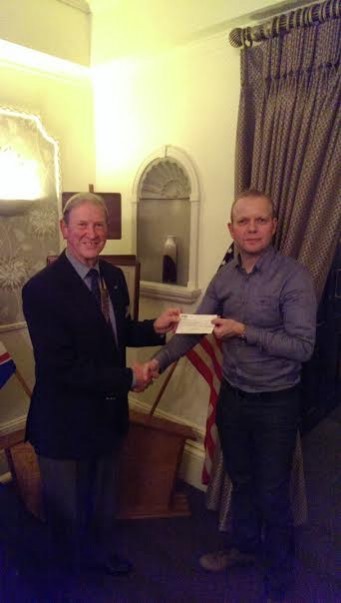 At Poynton Rotary Club’s annual Party in the Park last June local band Monkey Harris were sensational and played a huge part in the success of the evening’s entertainment. Rather than be paid for their performance they asked if the Club would make a donation to Macmillan Cancer Support. The Club was only too happy to oblige and on Thursday 13 November, band member Pete Lee was invited to the Club at the Deanwater and presented with a cheque for £500. Club President Keith Graham said ‘ this is what Rotary is all about. Through the concert we are able to help local, national and international charities and organisations and we are delighted to be able to make this donation to such a worthy cause.’  He also confirmed that Monkey Harris would be performing at next year’s 10th anniversary Party in the Park on Saturday 13 June 2015.