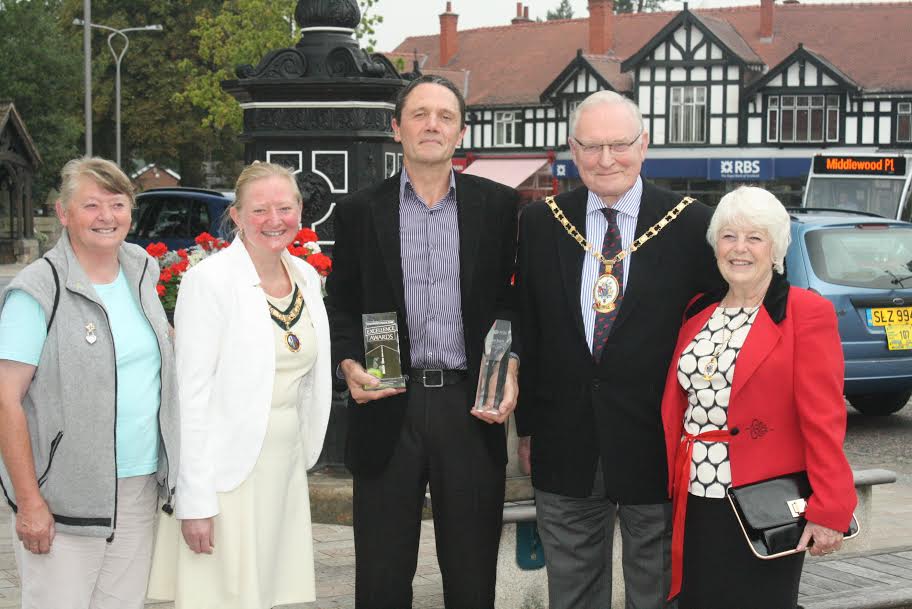 The Urban Transport Design Award and the Highways Excellence Award.

Handing over the awards was the scheme’s designer, Ben Hamilton-Baillie. Ben had accepted the awards on behalf of both Councils when he attended the ceremonies in London.

Ben’s concept designs were developed and delivered by Landscape Architects, PlanIt and Infrastructure engineers, Civic Engineers. These companies were represented on the day by Lindsay Humblet and Stephen O’Malley respectively.

Cllr FitzGerald remarked: ” When I was the Leader of Cheshire East I got fully behind this scheme. It is innovative and it turns commercial centres like Poynton in to destinations.”

Who said: “Given the scale and complexities there were inevitably difficulties, in particular a poor interface with the contractors”. He added: “The facts are that overall it is a success and Poynton is now reaping the benefits”.