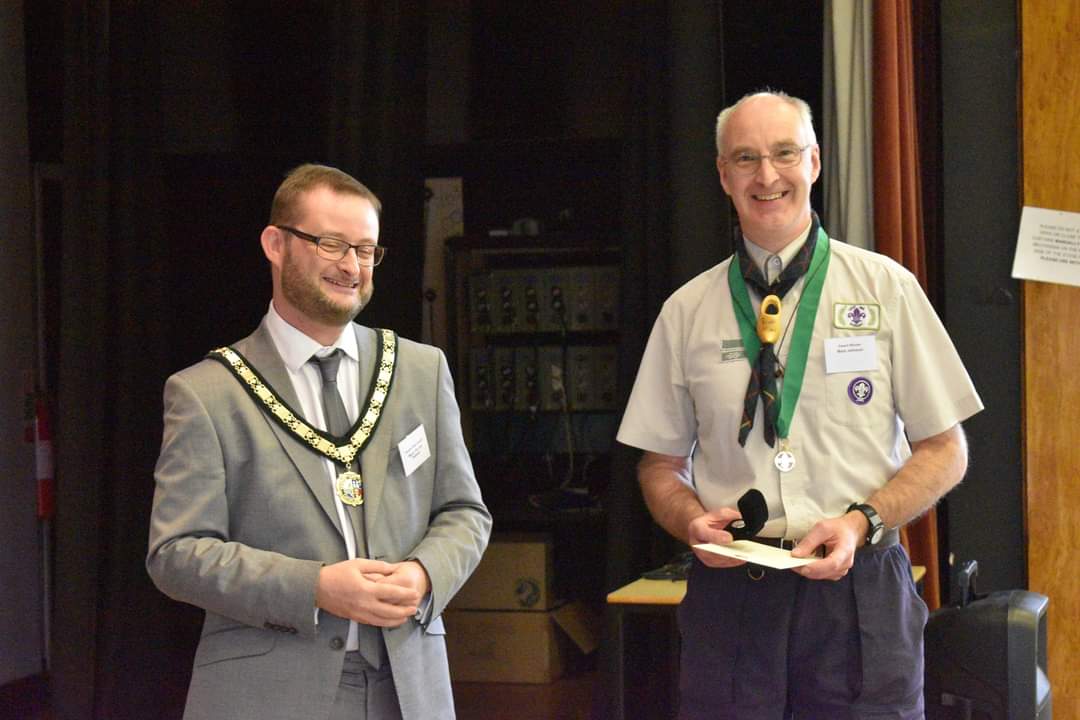 Mark Johnson of 2nd Poynton scout group received a civic service award in recognition for his hard work and dedication. He was nominated by several parents and members of the exec committee. Mark has really gone above and beyond to ensure 2nd Poynton Beavers, Cubs and Scouts have been able to continue meeting during lockdowns and beyond. At the start of the first lockdown Mark soon organised weekly Zoom meetings for all groups. Not only was this regular contact much needed for the Group but Mark ensured it was lots of fun too! The boys and girls continued to work on earning new badges, got creative, hosted meetings etc. There was even a virtual weekend camp!

Mark has stepped in when other leaders left the unit and is currently working several roles just to sustain the group and ensure no age groups are missing out. Not only has Mark continued to support the current members but he’s also accepted new starters and grown the group a credit to him during these testing times. Alongside all of this Mark has lead the executive committee in organising the vital funds received to carry out much needed building works to our hut. Without the new electrics, ceiling, doors etc in place we may have lost the unit as an inspection before covid showed areas of concern. These have all been hugely resolved and improved and the hut is now a great space for the whole community.