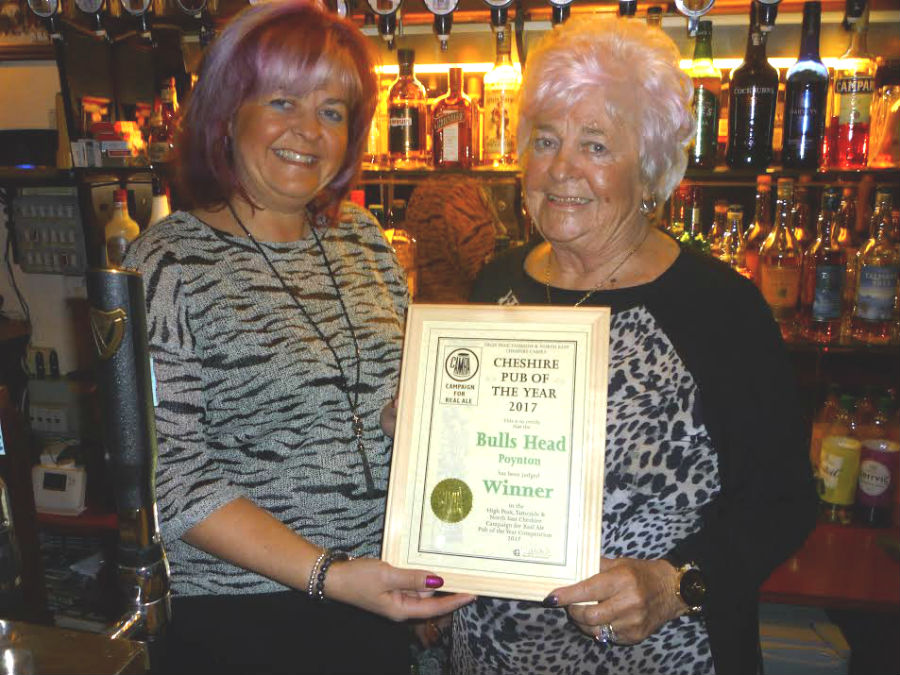 The Bull’s Head in Poynton has been named as Cheshire Pub of the Year by Camra. The Campaign for Real Ale chose the historic hostelry on London Road North, Poynton, because of the quality and variety of its cask beers.

Landlady Sally-Anne Bromley said she was delighted to receive the accolade. “We’re a traditional pub selling traditional beer so it’s great to have this recognition,” she said.

Her father Ken Bromley ran the pub from 1973 until his death in 2015. “He would have been so proud,” said his widow Barbara, pictured holding the award with Sally-Anne.