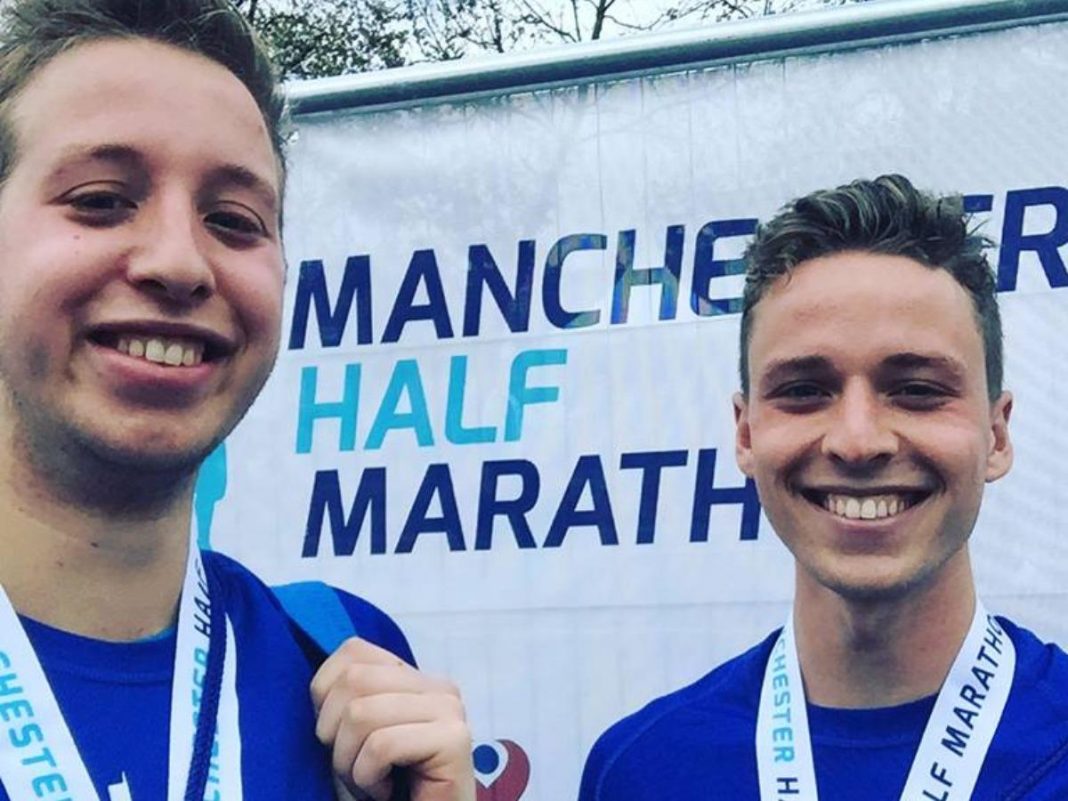 In scenes not a million miles away from those in the film Run Fatboy Run, two Poynton brothers have begun training for the London Marathon.

On April 22nd 2018, Alex and Ben Yusuf of Brookside Avenue in Poynton will embark on their biggest running challenge yet. Having completed three half marathons in Manchester and Leeds over the last few years, it was time to go big or go home.

Alex and Ben will be running in aid of HospiceUK, a charity which helps to support hospice professionals and champions hospice care, whilst helping hospices across the UK to deliver the highest quality of care to people with life limiting or terminal conditions and their families.

Ben works as a nurse in Leeds and Alex as a pharmacist, through their work in the NHS they support patients and their families during challenging moments of their lives and at the end of life.

Both brothers are keen runners and started their marathon training in October when they found out they had secured their places in the London Marathon.

With some healthy sibling rivalry along the way during their training, the brothers are hoping to raise £2000 in aid of HospiceUK. They have made a decent headway and are around a quarter of the way to their goal.

There is raffle taking place at Soho Deli on Park Lane with a chance to win some great prizes all in support of HospiceUK.

If you are interested in supporting the brother’s then please contact or make your donation on Alex and Ben’s fundraising page here https://uk.virginmoneygiving.com/Team/Yusufs .