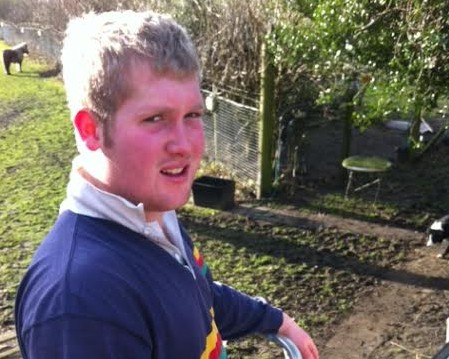 Nick Pendleton-McGrath and Meg Nicholls have successfully completed their coveted Gold Duke of Edinburgh Award.  After years of hard work, learning new skills, volunteering and undertaking 6 challenging expeditions they will shortly be heading towards Buckingham Palace to receive their awards.

Nick, a graduate of Reaseheath Agricultural College, joined the first Poynton Gateway Project in 2007.  With the help of friends, family and an amazing group of volunteer leaders he has worked his way through Bronze, Silver and Gold.  Along the way he has helped with major community projects, helped raise thousands of pounds for charity and supported other young people to complete Gateway and achieve their Bronze Awards.

“I enjoyed the Duke of Edinburgh experience and feel very fortunate and privileged to have done it through Gateway and Through The Gate with great staff and great help,” said Nick “I wish there was a Platinum Award!  I hope this will also help me in my career.”

Meg completed her Gold Expedition in Bala in September along with the rest of her Gateway group.

“I joined the Gateway Project with some friends in 2009, but never thought I would eventually work towards the Gold level of the Duke of Edinburgh award 5 years later.  I started volunteering with a local Rainbow group and enjoyed working with the girls aged 5-7 so much, that I have continued to volunteer each week since then. Throughout the different levels of the Award, I have been involved in a range of sporting activities and skills; including training for Bupa’s Manchester 10k run, cheerleading and learning to drive.” Meg also spent a fortnight helping children in India this summer.

“The biggest challenges have been the expedition sections of the award, because they are not only physically demanding but also require lots of determination and team work to succeed.  “I think the Duke of Edinburgh award is a great scheme to get involved in, and I feel proud that I have now achieved all of the levels, with the support of my team and leaders.”

The Poynton Gateway Project, led by Carolyn McQuaker, has an established reputation as a high quality, community-based youth project which has enabled many young people to learn valuable skills, team working and self confidence, and the opportunity to achieve their DofE Awards.

“Throughout the years we have been wonderfully supported by many, including Poynton First Responders, Middlewood House and Poynton Rotary Club, whilst we in turn we have run their Kids’ Zone at the Party in the Park” she said.  “Steve Wilson, Cheshire East Council Award Officer, has also been a fantastic help; encouraging and coaching the young people through their expeditions. His enthusiasm also persuaded a number of our parents to train as Expedition Leaders and together we have seen scores of young people complete the challenge, sometimes in some very challenging conditions – remember waking up to frozen socks!”

Steve is delighted with their achievement.  “This is a really prestigious and rare award.  They are 2 of the first 3 in Cheshire East to achieve it.  It is a real pinnacle of achievement for someone to reach and we wish them all the success in the future.”

Nick’s younger brother, Louis, has just completed the Bronze Award with the latest Gateway group.  To be continued ….