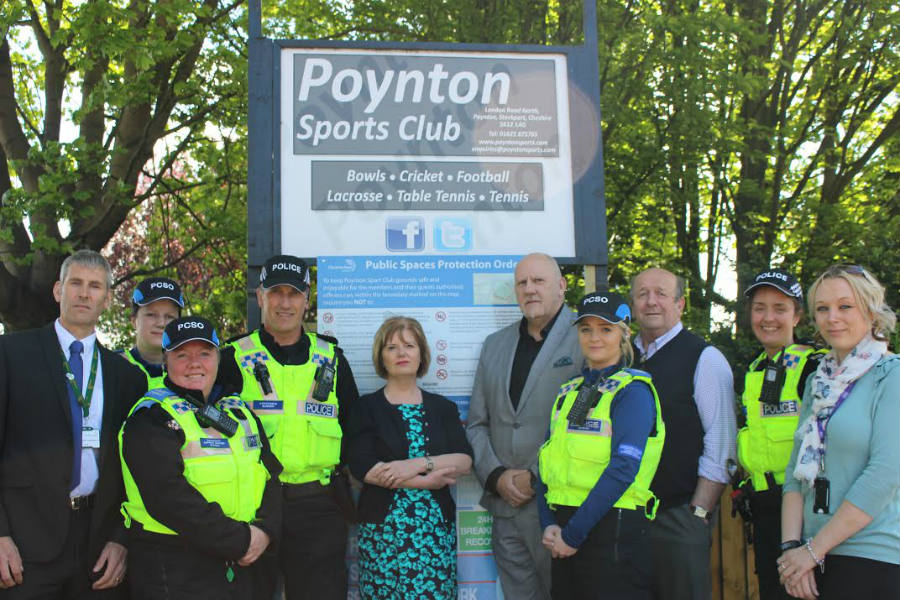 Club members and neighbouring residents have suffered abuse, vandalism, the revving of car engines, drug taking and drinking by youths regularly congregating in the club’s car park and who refuse to move on.

Cheshire East Council agreed to introduce a Public Spaces Protection Order to help tackle the problem. A breach of the order can result in a £100 fixed penalty or as much as £1,000 if followed by court action. The penalties apply to anyone over 16.

The order sets out a wide range of restrictions which, if broken, could lead to fixed penalty notices and/or police prosecution.

The club, on London Road in Poynton, has suffered anti-social behaviour for some time and now, following consultation locally, the council has introduced measures to outlaw the offenders.

Repeated efforts to end the trouble, including attempts to reason with those responsible, have not been successful.

The Public Spaces Protection Order can apply to private land as well as public land and gives the council and police the powers to move the offenders on or issue fixed penalty fines.

Councillor Paul Bates, cabinet member for communities and health, said: “Hopefully, this order will send a message out that anti-social behaviour will not be tolerated. Now the signs are up, there is a very visible message to anyone entering the grounds to respect the area and those people that use it, or face fines of up to £1,000.

“Members of this club have the right not to be intimidated, threatened or have the enjoyment of their club membership and activities ruined by the actions of a minority of people committing anti-social behaviour.

“Getting this order in place is the result of good collaboration between the club, local police and the council in a bid to tackle an important local issue. Hopefully, neighbours living nearby will also be able to enjoy peaceful evenings and not be disturbed by this very anti-social behaviour.

“Cheshire East is an enforcing council and is also considering introducing public spaces protection orders to tackle similar problems in other parts of the borough.”

Police and council enforcement officers will monitor the situation regularly.

The order, together with the club’s own deterrents – including CCTV – and further partnership working, aims to reduce the problem.

The conditions of this PSPO include:

Public Spaces Protection Orders were introduced by government in 2014 as part of the Anti-Social Behaviour, Crime and Policing Act. This gave local authorities more powers to take action on public land and any private land, which is open to members of the public.