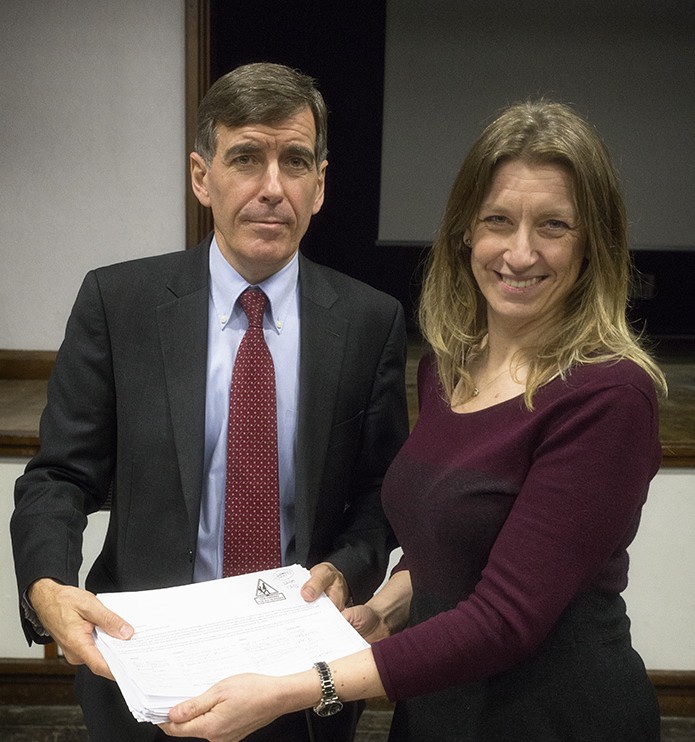 More than a hundred parents, teachers and children from Poynton have called on MPs to take action over the government’s proposed national funding formula

Parents were joined by Macclesfield MP David Rutley and Hazel Grove and Stockport MP William Wragg for a ‘Question Time’ style event on Friday 10th March where parents made their views known. They were joined by Louise Regan from the NUT, Rob Kelsall from the National Association of Headteachers and parent campaigner and founder of the national ‘Fairer Funding for All Schools’ campaign, Jo Yurky.

Thousands of local parents have responded to the government proposals and have formed a Facebook group to support each other to fight the cuts. Local parent and founder of the Facebook campaign Victoria Andersson from Poynton said: “Schools are already under huge financial pressure and while it’s true that more money is going in to education, costs are rising far more, so overall schools have less to spend on our children’s futures. On top of this the difference between what our area gets compared with others – including similar areas, is massive. The government seems to be saying that our children are worth less than those in other, similar, areas and that’s unacceptable.”

In the new formula a larger weighting has been placed on pupil factors like deprivation and prior attainment than on the basic per pupil funding despite the costs of running a school being very similar in most areas outside of London.

The government’s formal consultation runs until 22 March and can be accessed via links on the local Facebook page ‘Fair Funding For All Schools – Cheshire East’ and on Twitter @FairFundCheshE.

All parents are being asked to write to their local MP to make their voices heard.

For more information, or to arrange an interview, please contact Kate Lindley on 07857 833079 or northwestnews@aol.com