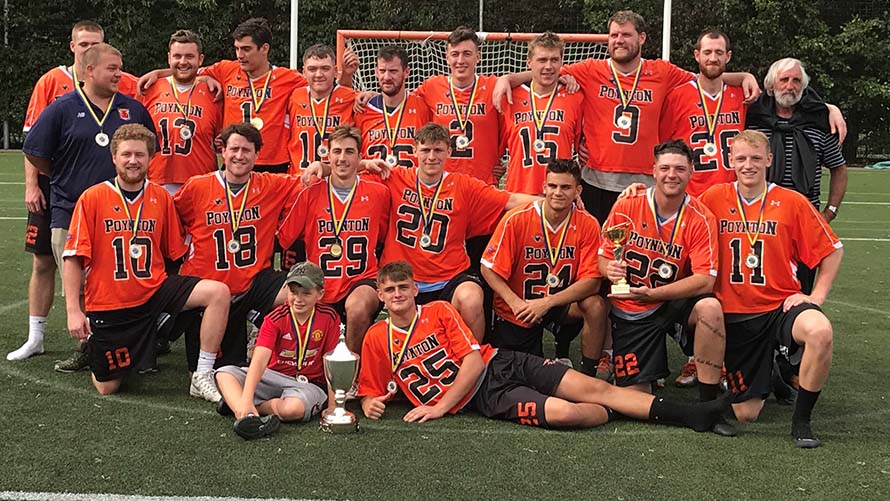 Poynton produced a dominant display across the weekend in Belgium to take the title of Best in Europe.

The Blackbirds downed HLC Rot-Weiss München of Germany 15-5 in the final in Ghent after wins  against UCD (Ireland), Zurich Lions (Switzerland), Vienna Monarchs (Austria) and Jizni Mesto (Czech Republic) to continue from where they left off last season, adding another piece of silverware to the collection.

The final match rounded off a perfect weekend for the English National Club Champions who outclassed all their opposition throughout and remained unbeaten across the Championships.

Last season the “Blackbirds” as Poynton Lacrosse are affectionately known, won the North of England Premiership league for the first time also and won the Northern knockout cup “The Flags” for the 3rd year in succession.

Off the back of the league win, Poynton represented the North of England against the South of England in the English Lacrosse National Club Champions Iroquois Cup, winning 11-10 versus Hampstead to qualify for their first trip to the Europeans.

Club Coach Mike Bartlett commented “This was a perfect way to end an incredible season for all associated with Poynton Lacrosse, thanks to everyone involved with this fabulous club and I hope we made the people of Poynton proud”.

Poynton Lacrosse play at Poynton Sports Club and run two Senior Men’s teams, an Under 19’s team. Along with a thriving Junior section consisting of Under 16’s, Under 14’s, Under 12’s and Under 10’s boys teams, plus an Under 11’s Girls team.