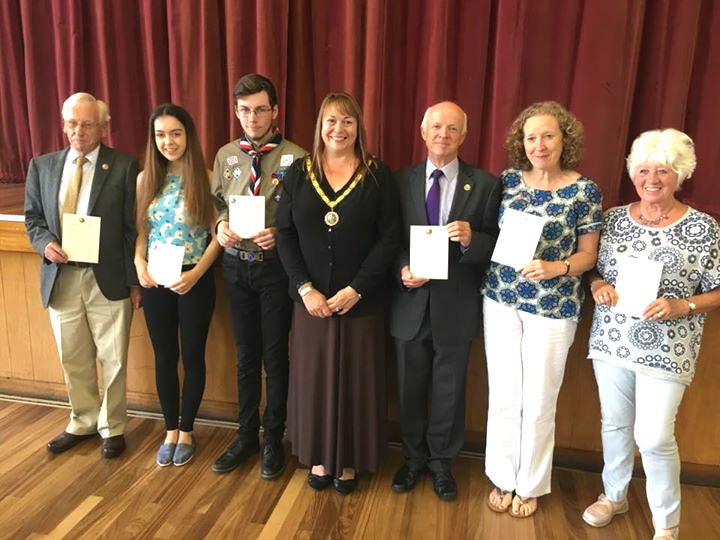 The Town Council would like to congratulate the recipients of the 2017 Certificates of Civic Service and the Certificates of Youth Civic Service, which were presented by the Town Mayor, Cllr Mrs Sarah-Jane Gilmore, at the civic reception on Sunday 23rd July. Three people will be presented with their awards on a future occasion. The well deserved awards were presented in recognition of a sustained and significant contribution to the community to:

Debbie Moore-Grundy, for her work at the Hollies Pre-School charity, contributing to the early years development of over 400 children,

Jackie Smith, for her involvement in Middlewood House for around forty years, with Scouting, the Community Centre and the Time-Out café.

Philip Swift, for his role with the Coppice Road Allotments Association, the Horticultural Society and Poynton Show.

Hollie Devereux, for her fund-raising efforts to buy defibrillators for the community.

The Youth Civic awards were given in recognition of having shown leadership, initiative, enthusiasm and commitment to a worthwhile cause, of benefit to their peer group and/ or the wider community, to:

Jackie and James share their involvement with cubs: James was one of the cubs in the pack led by Jackie!