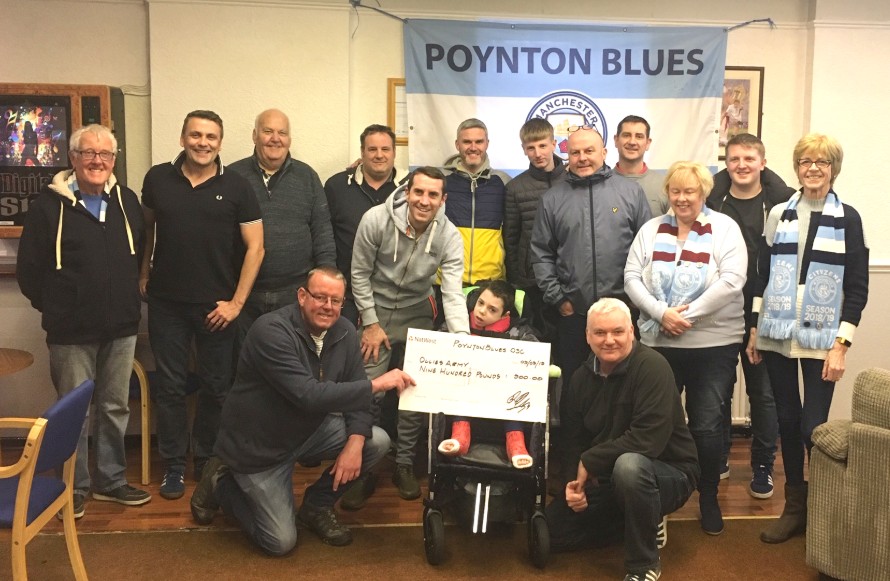 The evening was a fund raiser and also a charity event for Ollie’s Army, a charity which supports 2 Poynton children Ollie(8) & Amelia(6) who both suffer from the debilitating Batten disease.  There is no known cure!

A raffle was held with prizes including a signed Bernardo Silva shirt, a Champions League hospitality package for 2 plus many other items all generously donated by club members, the Royal British Legion and  MCFC.

The event was a huge success with over 200 people attending and the magnificent sum of £900 was raised for Ollies Army.

Many thanks to everyone who attended, donated and supported a fantastic evening.