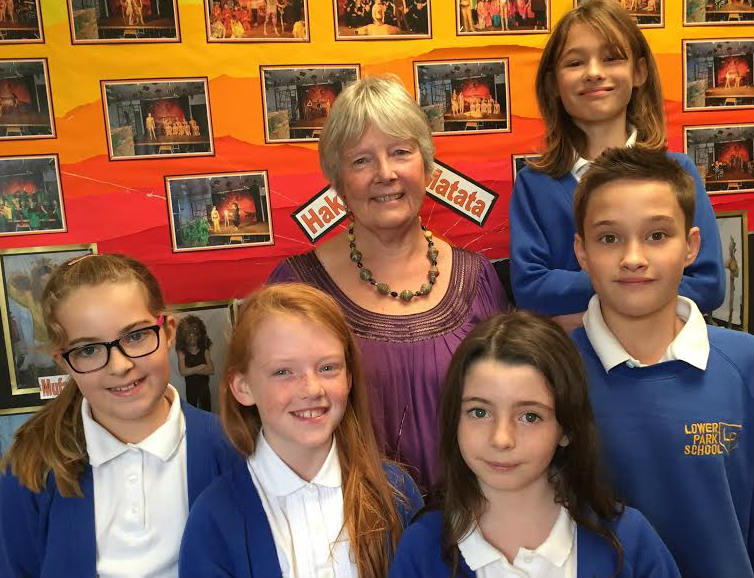 Children at Lower Park School have once again, come to the aid of their partner school, St James’ School in Uganda.

As part of their Harvest Festival, the children in Key Stage Two focused upon what harvest means in different places around the world. Having fostered a relationship between Lower Park and St James’ School in Kamuli, Gerry Hambridge was invited along to tell them a little more about the way Ugandan children harvest rice up to their waist in paddy fields. She also explained that their partner school was suffering after a tree demolished the toilet block during a storm.

Knowing the plight of the African school, the children were encouraged to create a money trail from the school hall to their own toilets. The children were so excited placing their offerings along the corridors which stretched the full length of the school and back again!

At the end, the children were able to hand over £317 from the coin trail, £102 from Lois, Holly and Daisy who organised a huge raffle at school, £49 from Tom and Bethany who persuaded their parents to empty their ‘spare change’ pots and £62 from the Year 6 Committee Cake Sale. Altogether the children raised a staggering £530.

Mrs Hambridge was almost lost for words as she explained that this, along with many other donations, means that enough has been raised to finish building the latrines. Planning to fly out just three days after the Harvest Festival, she said “This is such a relief and means while I’m out in Uganda the toilets will be completed which will allow the children to return to school in February at the beginning of the next school year. Absolutely wonderful!”