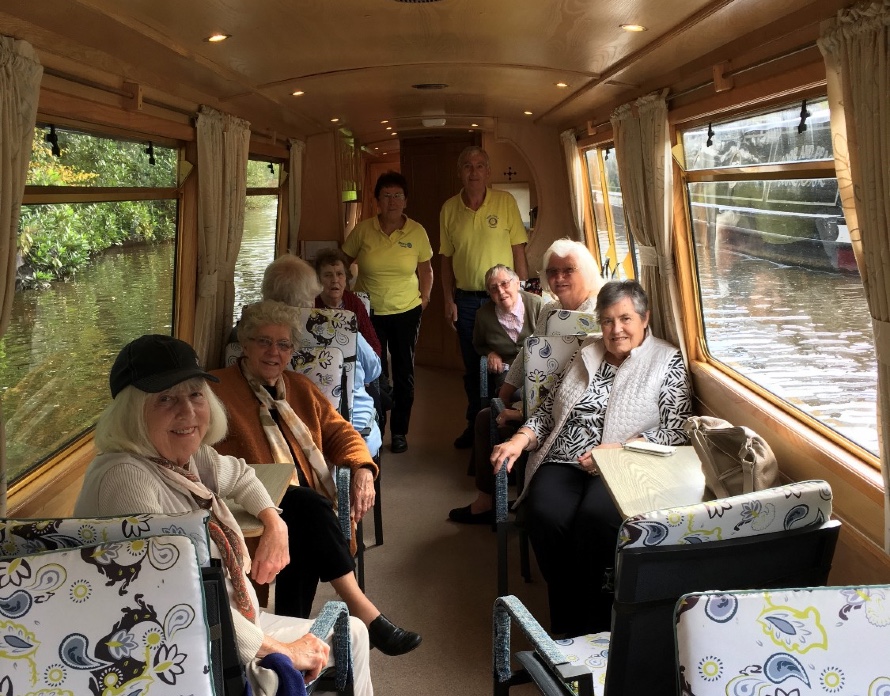 When Sheila’s husband passed away, she suddenly found herself living a life of almost complete isolation.

Her son lived miles away and as a close and devoted couple they had no real social circle, preferring each other’s company instead.

Overnight, Sheila became one of many thousands of people living in the UK who found themselves suffering from severe loneliness.

She agreed to move to Poynton in Cheshire to be nearer her son, but still found herself hating the long days spent by herself.

This was a feeling shared by John, who has disabilities and described feeling like a prisoner in his own home.

This is a situation that Right at Home sees too often – our CareGivers can sometimes be the only contact that a Client has with the world outside their window. And it’s a problem that we are collectively determined to address.

In Poynton, where Right at Home East Cheshire has operated for 2 years, MD David Wilson found that whilst community groups were meeting many local needs, there was still a significant problem with loneliness and social isolation.

He began to compile a detailed What’s On Guide to signpost activities, groups and services across Cheshire East, and found that the local authority had established a Friendship Group in nearby Oakmere, using a model which aims to equip the attendees to sustain the group by themselves, so that the Local Area Co-ordinators can move on to other projects.

David immediately volunteered his team’s time, so that the fortnightly meetings could continue with support. But he knew the problem was not just on his doorstep, and so began a mission to help not only Right at Home’s clients, but anyone who was vulnerable and isolated in the Cheshire East area.

Working with the local Communities Co-ordinator, he developed a strategy paper to combat loneliness and isolation which he presented to local dignitaries, including the Lord Mayor and members of the Cheshire East Wellbeing Board.

As a result, Right at Home was asked to take over the running of the Oakmere Friendship Group, and David also set up a similar group in Poynton.

Under his guidance, they offer a safe place to meet and build friendships, and a varied range of activities and outings.

Sheila was introduced to the Poynton Friendship Group by her son, and after her first session she left with plans in place to attend church the next weekend with new friends.

John says that the group motivates him to stimulate his mind and to get out and about and socialise. He has the chance to play board and card games; join group exercise sessions; enjoy art and craft activities and hear from speakers who offer advice to improve their overall health and well-being.

David says: “Loneliness affects people right across the spectrum and it can have a massive impact upon our behaviour and our mental and physical health. Working with other local agencies has helped us reach some of the most vulnerable people in the local community, but our doors are open to anyone, of any age. Volunteer helpers are very welcome too – the importance of being able to contribute and feel useful should never be under-estimated.”

The friendship group has enjoyed trips out including a local barge trip, and learning activities, such as using a slow cooker to create low-cost, healthy meals.

Right at Home Cheshire East publish their What’s On Where guide, with details of Friendship Groups and other local services, on their website:www.rightathomeuk.com/cheshireeast