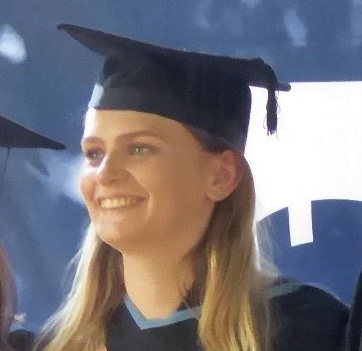 Eleanor Cresswell, a former pupil of Poynton High School has graduated from Nottingham University with a B.Sc. First Class Honours Degree in Accountancy.

She was also awarded the University Prize for the student achieving the highest average mark, over the   4 year courses, in the University’s Business School’s campuses in Nottingham, China and Malaysia.

Eleanor was selected by Price Waterhouse Cooper to join their sponsored degree course at the University, in 2015. Thus, she has also benefitted from several internships at their Manchester Office, which she will now join full time in September and from where, this autumn, she will study for her professional qualifications.”

East Cheshire Hospice opens Echo – A charity shop like no...

Poynton Post - 06/09/2020
0
ECHO become the newest name in shopping in Poynton when it opened its doors for the first time on Saturday, September 5.

New map shows how Poynton and the surrounding area could be...

A message from the Friends of Poynton Summerfest 2020