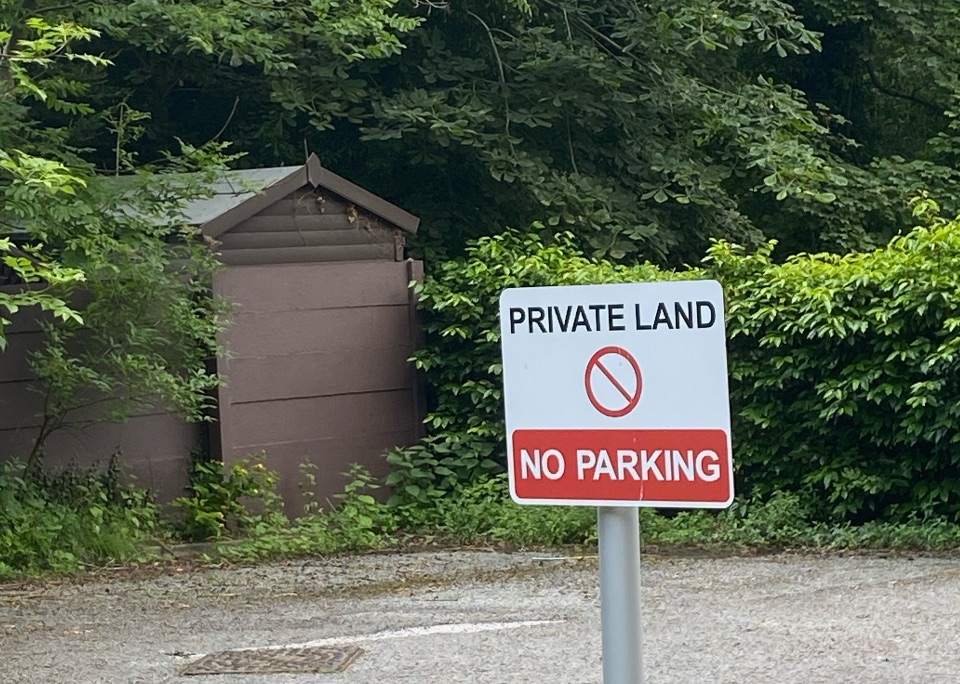 Cheshire East appear to have “lost” a Poynton car park. The car park in question is on Towers Road, about 10 yards from the junction with Park Lane at Hockley, by the entrance to Woburn Court. It was added as a public car park when Woburn Court was built in the late 1980’s.

While some shops, which were previously in the area, have now closed and been converted to residential use, there remains public demand for car parking, including for people attending the Pentecostal Church and various classes at the Hockley Centre. These include Pilates and Zumba in the week and dance classes on Saturdays.

However, users have been told recently that the car park has been sold by Cheshire East, and a new sign has appeared saying “Private Land – No Parking”. At no time has Cheshire East consulted Jos Saunders and Nicky Wylie, the councillors for the area, or the Town Council. If they had done so, it would have been made clear that this car park is a public facility that is still necessary.

Closing the car park will only lead to more people parking on Towers Road and Hockley Road, which are already congested.

Poynton’s Conservative Councillors are pursuing Cheshire East, which is run by a Labour – Independent coalition, to find out what they have done with the car park, the reasons for this and are seeking its immediate reinstatement as a public facility. Remember, there was zero consultation and no consideration for the public and Poynton residents.