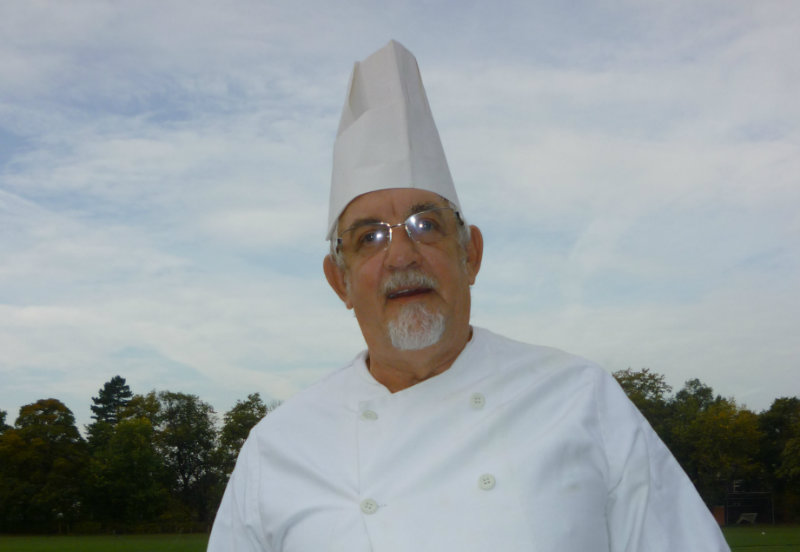 It was the end of a culinary era for Poynton Sports Club when Jean-Louis Jaas, their resident French chef, hung up his ladle after 17 years.

Jean-Louis retired at the end of October prior to his 65th birthday. Club president Brian Hudson paid tribute to his extraordinary talent as he presented him with a farewell gift of gardening equipment. Alan Hart, the club house and bar chairman, said: “He was more like a magician than a chef. He often produced 100 three-course meals from a kitchen the size of a bathroom.”

Jean-Louis was born in Paris, the son of a father with Dutch ancestry and a mother whose parents were Belgian. He learned his skills from his mother Denise, who was employed as a council cook.

After working as an electrical engineer he switched to his first love, cooking and landed a job at a hotel in East Kilbride, Glasgow.

“I didn’t speak any English and had to work my way up from washing pots while I learned my trade,” he explained.

He married a Scot and they had two sons. But when the marriage broke down he moved to south Manchester and worked in local restaurants.

After negotiating the exclusive franchise at Poynton Sports Club in 1998, he married a captain of their tennis section, former local magistrate Elaine Mounter, 10 years later. The couple live in Adlington.
They are planning to sell their home and move to an area of south-west France near Carcassonne.