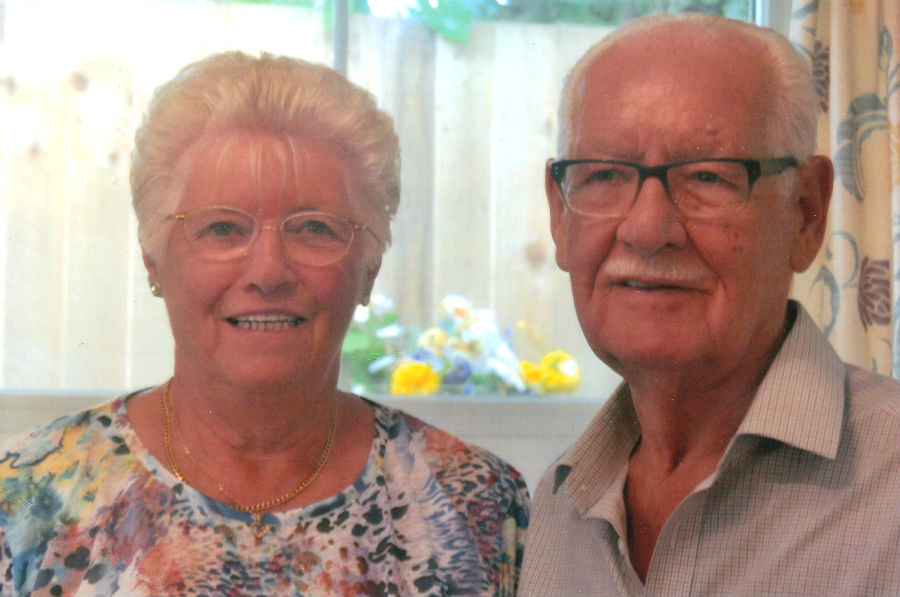 Congratulation to Jim and Audrey Stokes on their 60th wedding anniversary which was on the 17th January 2017.

Jim and Audrey have three daughters Elaine, Adele and Lynne, and seven grandchildren. They first met at a friends 21st birthday party at Reddish Conservative Club in 1955  and married two years later. They have lived in Poynton in the Fiveways area for 52 years and are members of the Poynton Working mens club. They have played bowls for over 40 years with great success and will continue to do so.

Jim and Audrey would like to thank all family, friends and neighbours for their congratulations.